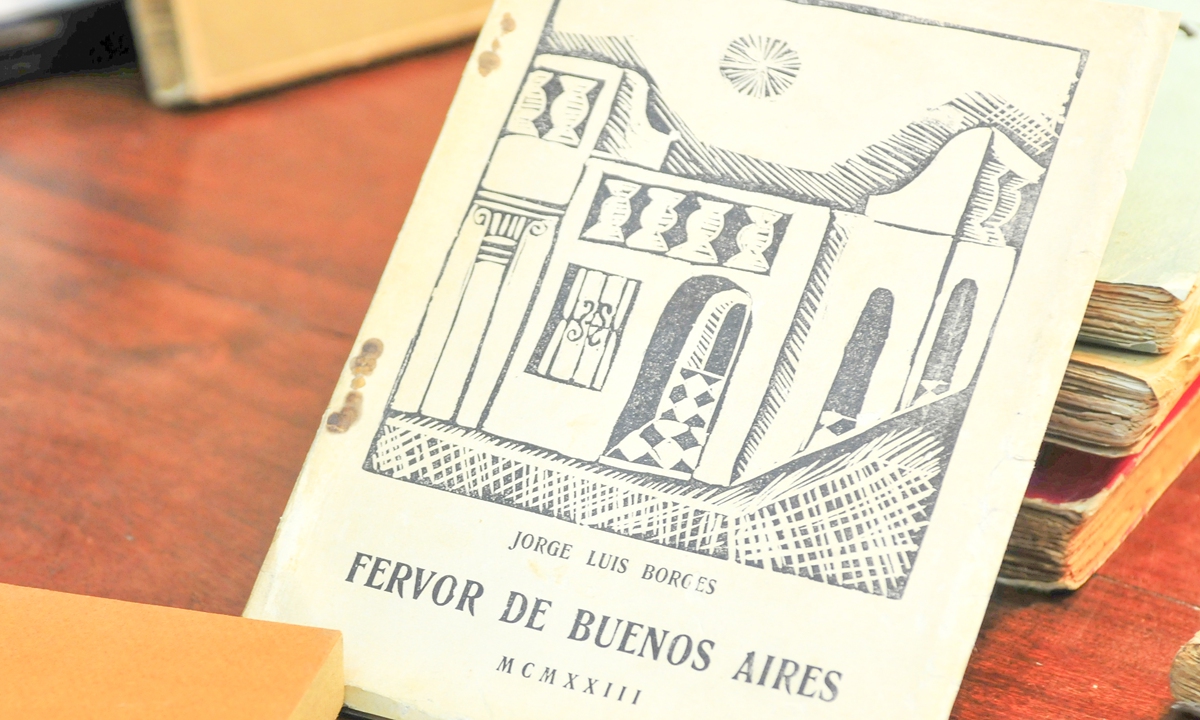 Borges, a key figure in the Spanish language and international literature, was also an admirer of traditional Chinese culture. Chinese philosophy greatly influenced his works, such as Kafka and His Precursors and The Garden of Forking Paths.

In a recent interview with the Xinhua News Agency, Pose, an expert in Hispanic philology, said Borges’ admiration for Chinese philosophy and literature showed up in his short stories, poems and essays, contributing “to Western understanding of Chinese culture”.

For example, Pose says, Borges underlined the I Ching [Book of Changes] as a classic text that could take its place alongside other classics of world literature.

“It allows us to read Chinese literature as literature, not as something strange, different or exotic,” the expert said.

“Borges breaks with that, and it’s a very important step because in his time very few people would agree to open the doors of Chinese literature, but Borges did.”

Thanks to the author, “readers who came later found it more natural to include Chinese literature among our readings,” Pose added.

Borges’ writing, he said, reflects his deep knowledge of Chinese culture. In 1937, he published a review of the novel Dream of the Red Chamber by Cao Xueqin, one of the four classics of Chinese literature. Three years later he published The Book of Fantasy, with two translated episodes of Red Chamber.

In his essay Kafka and His Precursors he mentions the Tang dynasty (618-907) poet Han Yu, and in the story The Garden of Forking Paths he again alludes to the Red Room.

He was also an avid student of Chinese philosophy, reading key works translated into English, French and German. “Borges researched, cited, and transformed Chinese philosophical postulates into literary technique,” Pose said, noting the presence of “complementary opposites, yin and yang, in many of Borges’s texts.”

“We observe this in Borges, there is synthesis and condensed thought, but it is also an aesthetic postulate of classical Chinese poetry,” he said, showing the impact of Chinese philosophy on Borges’ works. .

While Borges never visited China, he is the most translated Latin American writer into Chinese, and his work has greatly influenced Chinese authors. The Garden of Forked Paths was one of Borges’ first works to be translated into Chinese, and “it had a very strong impact from the point of view of the Chinese avant-garde,” said Pose, who studies the Chinese language since 2004. .

“Borges helped to understand certain principles of Chinese thought without having stated them directly, in many cases”, and this fostered “recognition between China and Argentina, and between China and Latin America”, did he declare.

By bringing together Chinese and Latin American readers, Borges “produced an interaction between one culture and another that aids mutual understanding”.