Got any extra comics lying around? Here’s an awesome DIY to upcycle an old comic book. Take a look below!

1. Take a double-page spread from the center of an old comic book. Remove the staple first so the page doesn’t tear. 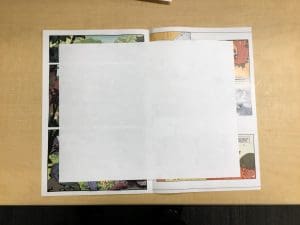 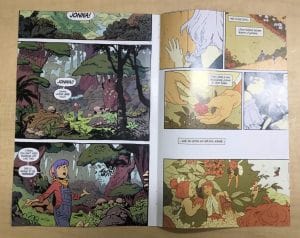 3. Fold the page in half along the original crease. 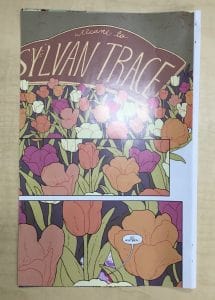 4. Then open it again and fold each half into the crease. 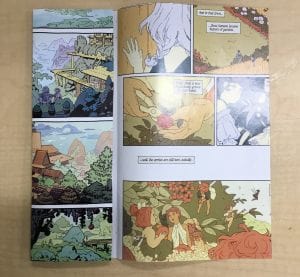 5. Fold them again so that the paper forms a long rectangle.

6. Fold the long rectangle in half vertically, so it looks like a folded wallet. 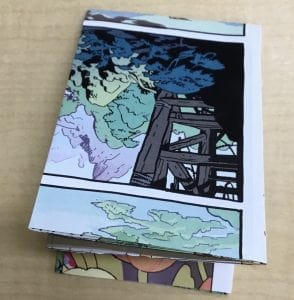 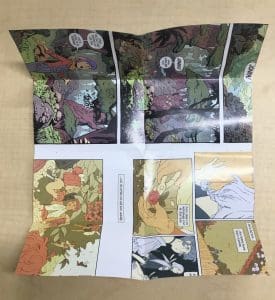 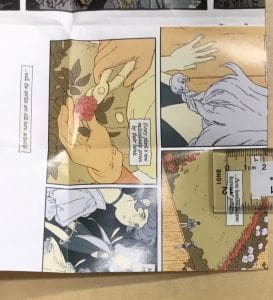 9. Then fold the closed page along the vertical line, cut along the edge of the first lower block and cut a shallow triangle in the second block. 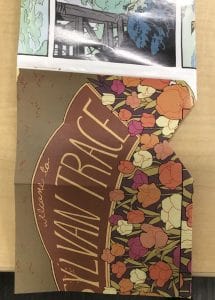 10. When you open it, it will look like a diamond with a shank. 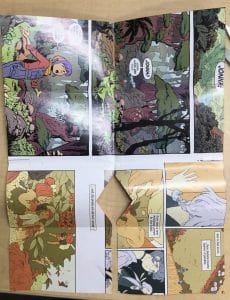 11. Fold in the top and middle flaps on each side, then place a piece of tape down the middle of the upper. 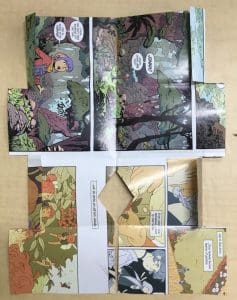 12. Fold the page in half from top to bottom, then in half again so that the cut-out diamond is on top.

13. Fold the flaps that still protrude on each side and glue them.