Growing up, I had heard stories that there had been a writer in the family before me: a great-grandmother, Lily Watson, who died in 1932.

But it was never presented as something serious, and my kind dad wasn’t one to reminisce. Besides, it was many years after the death of Lily’s daughter — my grandmother — that I became a novelist too.

But during the confinement, I realized that I wanted to know more about her. Without my ever quite deciding, the book I was writing – a celebration of nearly 1,000 female pioneers who disappeared from the history books – began to find its shape around this very personal quest to discover as much as possible about my dark great-grandmother.

I spent the summer and fall of 2021 making phone calls and researching diaries, letters, photographs, and out-of-print books. I realized that Lily’s life told the story of so many women who were famous in their day but then were written out of history.

She was, I discovered, not only a successful novelist, but also an essayist, columnist and author of children’s stories. She served on education and welfare committees and was well known and respected in her time.

Kate Mosse (pictured) spent the summer and fall of 2021 making phone calls and tracking down diaries, letters, photographs and out of print works

Yet despite his contemporary visibility, it was nearly impossible to find anything about him in public records. Author of 14 novels, volumes of poetry, devotional works, reviews and numerous articles, Lily has barely left a mark.

For more than 50 years, she was a correspondent for The Girl’s Own Paper, the precursor to today’s Woman magazine. His most famous novel, The Vicar of Langthwaite, was reprinted in 1897 with a foreword by former Prime Minister William Gladstone. Yet all his books are now out of print. She does not appear in anthologies of Victorian literature, and references to her online are rare.

The book I was writing – Warrior Queens & Quiet Revolutionaries: How Women (Also) Built the World – couldn’t have seemed more timely. It’s, in part, a love letter to the importance of history and how we can’t know who we are without knowing where we come from.

So who was she? Lily was born Martha Louisa Green in Taunton, Somerset on October 11, 1849, the eldest of seven children of the Reverend Samuel Gosnell Green, a Baptist minister, and his wife Elizabeth Leader Collier.

In a family tree I inherited—handwritten on brittle, faded paper, stuck together—boys are listed before girls, regardless of the order in which they were born. Girls’ dates are often missing and women, if married, have almost always changed their names, making them harder to keep track of.

Author of 14 novels, she barely left a mark

There was also a devastating medical history that I knew nothing about. On a second family tree, someone had written a red H next to some male names and a green C next to others, all female names.

Later, I learned that the initials stood for ‘hemophiliac’ and ‘carrier’ – all but one of Lily’s brothers and all of her sons suffered from the ‘family disease’, hemophilia, which was incurable. Almost always, women are carriers and men suffer. But, it seemed like the disease died out on my side of the family in just one generation.

I was strangely delighted to find out that we were both born in October. It’s silly, I know, but Lily was already haunting me. For years, I thought I was treading new ground by being the first to live by my pen in a family of teachers, notaries and vicars. But now it seemed like there had been a different story all along. 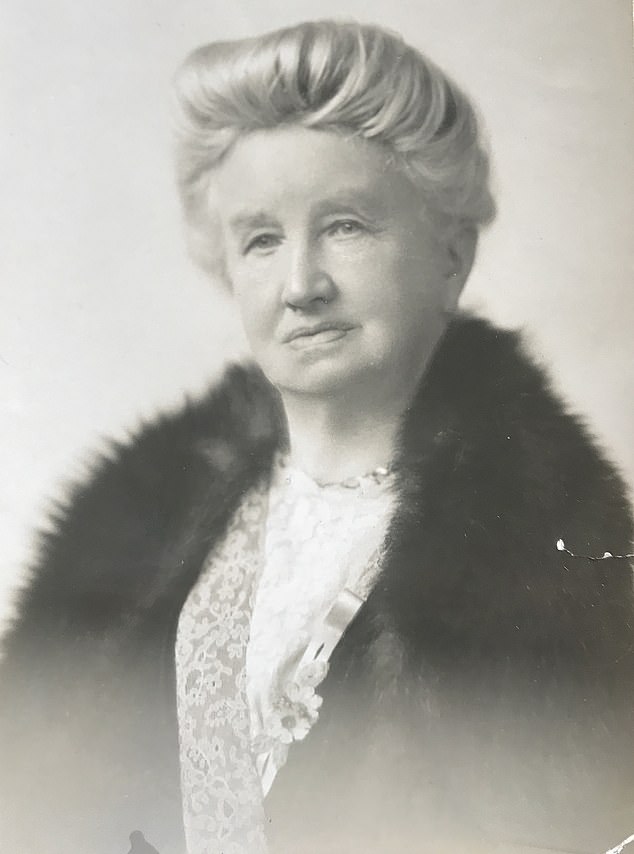 Lily Watson (pictured) was not only a best-selling novelist, but also an essayist, columnist and author of children’s stories

Lily was still writing. I have a little blue notebook dated July 26, 1861 and signed Martha L. Green, Lily’s first name. It’s a fairy tale filled with her distinctive pen and ink designs and dedicated to a friend. On the title page of Little Goldenhair: A Fairy Tale she describes herself as the author of ‘Tulip’, ‘May & Rosa’, ‘The Fairies’, ‘Rose’s Pilgrimage’, ‘The Schoolboys’ and ‘The Forbidden River ‘.

The ink is faint and so, although Lily’s handwriting is beautiful, it is difficult to read. At over a hundred pages, it’s a short episodic novel rather than a long novella. The ambition of a writer is already there at the age of 11.

Part of a fiercely non-conformist Baptist family whose life revolved around preaching and the Church, Lily was well-educated for a girl – fluent in Latin, Greek, Italian, French and German, knowledgeable about music and painting.

Her experiences growing up at Rawdon College in Yorkshire, attending school in Edinburgh, and on walking holidays in Austria and Switzerland, would form the setting for much of her adult fiction in the years to come.

I loved that too, realizing that the landscape – a delight in mountains, moors and hills – was central to Lily’s historical fiction, as well as mine. The landscape is at the heart of all my fiction, from my Languedoc novels like Labyrinthe and Les Chambres ardentes to those, like La Fille du taxidermiste, inspired by the Sussex countryside. 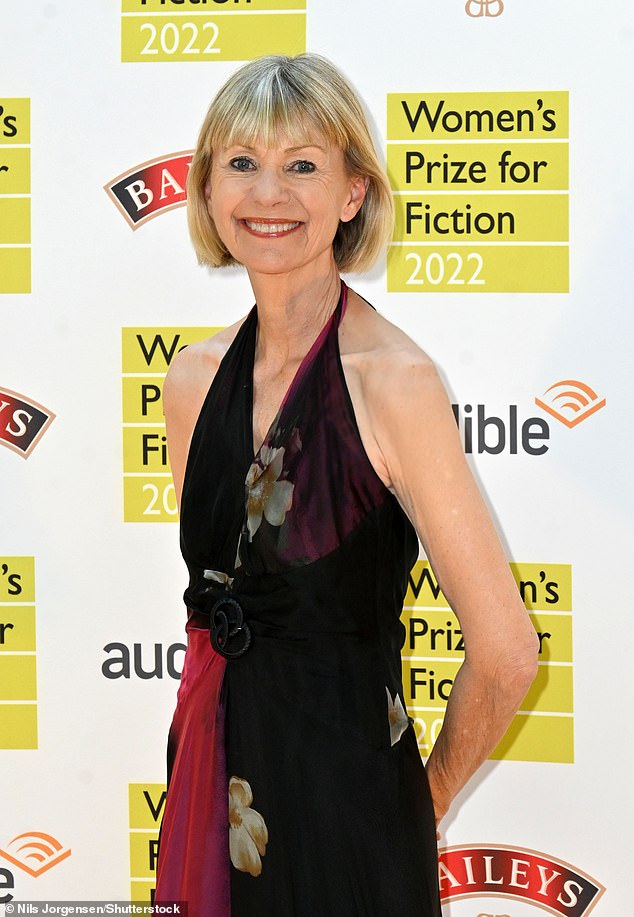 Kate (pictured) says of Lily: ‘Yet, despite her contemporary visibility, it was almost impossible to discover anything about her in the public records’

I got an unexpected boost just before Christmas 2021, when my second cousin discovered a metal deed box in her attic. Inside were nearly 500 letters between Lily and her husband, Sam, written during their long and happy marriage – they were married in the chapel of Rawdon College on September 23, 1870, a few weeks before the 21st birthday of Lily, and remained together until Sam’s Death in August 1921.

But after weeks of deciphering and cataloging (most of the letters only had dates, no years at the top, and there was no discernible order), I realized that she didn’t. had written almost nothing about her thoughts, her state of mind, the tragedies of her life and the struggles of being a woman writer and the mother of six children – three of whom suffered from an incurable disease.

I was wondering if we would have gotten along

Rather, the letters and notes were domestic, affectionate, practical, about the arrangements and fabric of their daily family life. Only occasionally did she refer to her writing, or the health of her youngest son, or issues such as the near collapse of Sam’s law firm thanks to a hijacking scandal. funds with a cousin.

There are tantalizing insights – Sam was often anxious and needed reassurance, Lily was sometimes alone in spa hotels and wrote about how she felt “less gloomy”, leaving me to wonder if she suffered from depression – but, for the most part the letters are not confessional or intimate. It was up to me to fill in the gaps.

So, for example, I began to wonder if the reason the Lake District has become so important to Lily and her family (and my grandmother and father, and then my family in turn) is because Lily first went there in 1901 after her youngest son, Leader, died of haemophilia aged just 12. In Newlands Valley there were no ghosts, no shadow of her lost boy. (His son Reggie would die in his twenties.)

There was little of her in the pages of her novels either. In truth, I learned more about the kind of woman Lily was from her journalism.

Between 1885 and her death she wrote nearly 100 articles and plays for The Girl’s Own Paper—she was writing an article for them days before her death in January 1932—and all but one of her novels were serialized in the magazine.

It was disappointing to learn that she supported the Anti-Suffrage League and, although she was a strong advocate for girls’ education, it was clear that this was in the context of producing good wives and mothers rather to promote the independence of women.

It stopped me in my tracks. Lily was so strong, so principled, so determined that it seemed odd to me that she opposed women having the right to vote. I would have liked to talk to him, listen to his reasons, but of course there was no possibility. 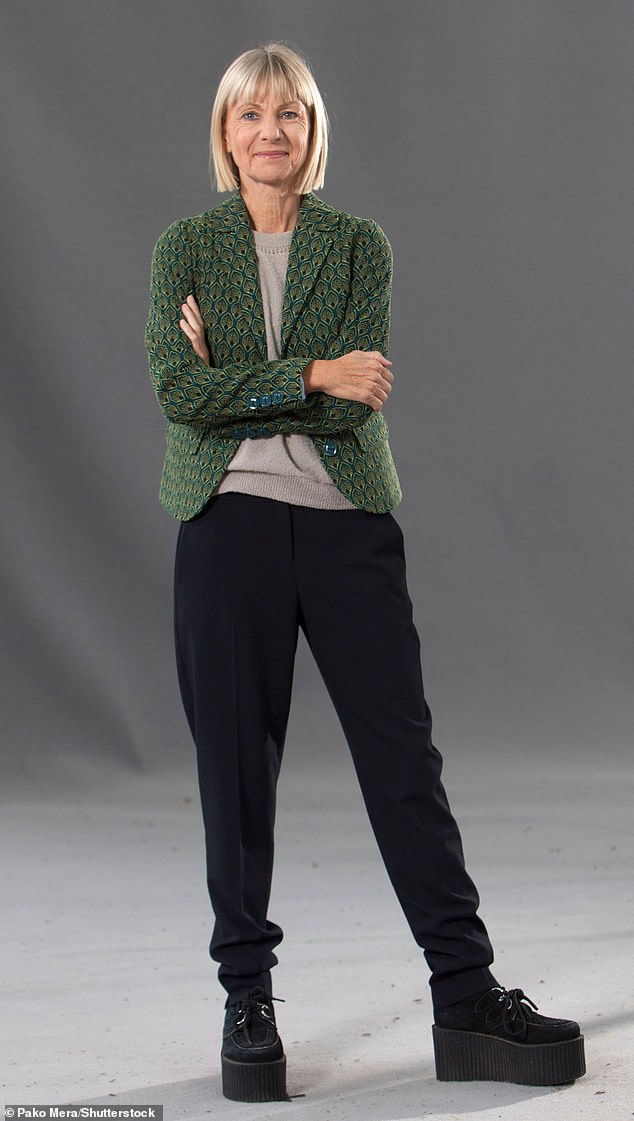 “Holding Lily’s books in my hands also brings me closer to my grandmother,” says Kate (pictured).

Several times in the search process, in fact, I wondered if we would have hit it off. Then I stopped. Women’s place in history cannot be about liking, or whether or not we have the same opinions or admire someone. My job was to try to get Lily on the page, fairly and honestly, with the limited resources I had.

In the end, I was only able to construct a partial biography of this woman whom I admired and, yes, perhaps even loved. Since my book was published, more letters, more photographs, more books have appeared and that will make a difference. But for now, its place at the heart of Warrior Queens & Quiet Revolutionaries is assured.

Holding Lily’s books in my hands also brings me closer to my grandmother, whom I knew and loved, and my father, whom I adored and miss although he has been gone for more. ten years old. Reading the letters Lily wrote to him as a child also brings him back to life.

I hope Warrior Queens & Quiet Revolutionaries will inspire as I was inspired. It asks the question of what history is, who makes it and who decides what and who counts. He wonders why some people’s contributions are praised and considered important, while others fade into silence.

It is about honoring those to whom we owe so much: pioneers and silent revolutionaries, women of conviction and faith, warrior queens and women of courage, mothers of invention, sisters, friends, lovers, mothers, aunts, caregivers, daughters, grandmothers, role models, fierce adversaries and gentle strangers.

So that together we can celebrate some of the extraordinary women who have also shaped our world. My great-grandmother, Lily, was one of them.