LEEDS – Alabamian native Ramey Channell spent her childhood in the deep, enchanted woods surrounding her rural home in Leeds, and those memories inspired her to start writing her books.

Channell was born and raised in Leeds, graduated from Leeds High School, lived in Leeds most of my life and retired a few years ago after working at the Leeds Jane Culbreth Library.

These stories may seem like complete fiction, but some truths are hidden in the words because Channell loosely based these stories on his childhood experiences in Leeds.

However, she had not originally planned to write the stories; it started as a class assignment that turned into a series of memorization books that will leave you on the edge of your seat with every page.

“WWhen I started the series, I intended to make it like the Bobbsey Twins series of novels; as a child it was one of my favorite books,” Channell said. “So that inspired me, I wanted to write an Alabama ‘Bobbsey Twins’ series about Alabama kids.”

The series follows the life of a multi-ethnic hillbilly family and community in 1950s Alabama.

The stories are told from the perspective of fearless and articulate 9-year-old Lily Claire Nash, who is accompanied on her adventures in the woods by the wild and cunning Willie T. Nock, her 9-year-old cousin and best friend. .

These characters are exceptionally well developed and the reader is enchanted by their stories.

“The way the characters are presented appeals to most people and they identify with stories from their childhood,” Channell said. “A lot of people, especially in Alabama, say ‘this reminds me of my childhood,’ because I put in some historical facts and things like commercials from the 1950s and cables we heard on the radio.”

However, it’s not just the historical elements of the stories that people can relate to.

“There’s a bit of the paranormal because there were always mysterious things going on,” Channell said. “Children accept any mystery or paranormal occurrence as part of their daily lives. There is just something that appeals to everyone because of the historical elements of the Alabama backcountry.

Soft music on Moonlight Ridge is the first book in the series. Set in rural 1950s Alabama in a fictional town called Eden, Alabama, this story is full of laughs, adventure, mystery, and a touch of the supernatural. The main characters, Lily Claire and Willie T., are eight-year-old cousins ​​who explore the woods around their home on Moonlight Ridge and come to the rescue when members of their family and community become embroiled in a dilemma. 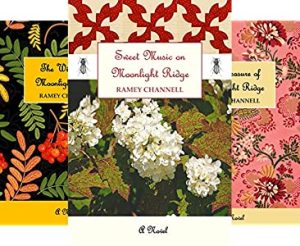 This book opens a window into an environment where people fit into their natural place on earth.

“That’s how I grew up,” Channell said. “People, wildlife, pets, cats, dogs, and of course opossums all inhabit the same plane. It’s a closeness that defines and informs our entire way of life and development, from birth to return. definitive to nature to death.It is a delightful place of constant revelation and discovery, free of rare mysteries and contradictions.

The Witches of Moonlight Ridgethe second book in the series, follows the adventures of two wispy children, Lily Claire and Willie T, accompanied by their eccentric fourth-grade teacher, Erskine Batson, in the backwoods of 1950s Alabama. Ghosts, spooky tales around the evening fire, hauntings, witches and famous legends, weave a story of mystery, romance and tragedy.

This book is a joyful, funny and chilling look at a slice of life in the South through the eyes of an extraordinary character.

Moonlight Ridge Treasure, the third book in the series, was released in November 2021. When the winter weather on the mountain turned from unusually cold to unmistakably arctic, a stranger appeared at the back door. Lily Claire and Willie T. find themselves knee-deep in circumstances beyond anything they had imagined. Then a mysterious message from long ago brings additional intrigue and danger. Kidnappers, secret code messages, hidden treasure, and a rock and roll celebrity all contribute to a surprising Christmas season on Moonlight Ridge.

“It’s about family life,” Channell said. “The adventures and troubles that people got into in the 1950s, and I believe it was just to entertain people that people would like to read about Alabama’s children and families.”

Her award-winning poetry and stories have appeared in numerous journals and collections, including Ordinary & Sacred as Blood: Alabama Women Speak, Belles’ Letters 2 and Stormy Pieces: a Mobile Writers Guild Anthology. Additionally, Channel’s picture book, Zimlac Planet Mouseis aimed at children from 2 to 6 years old and adults of all ages.

All of Channell’s books are available on Amazon Book Store. Her final and fourth book in the Moonlight Ridge series will be released in the spring of 2023.