A new comic book series involving Marvel and Fortnite will debut next June. Get ready for the next five-part series called “Fortnite X Marvel: Zero War”.

Marvel and Epic Games recently unveiled different variations of the cover art for Fortnite X Marvel: Zero War. In one of the reveal covers, we can see three members of The Seven teaming up with Spider-Man, Wolverine, and Shuri. Apparently The Seven entered the Marvel Universe in order to stop The Zero Point.

Looks like The Seven just can’t take a break to save the universe. Fortnite’s current storyline is all-out war between the Imagined Order and the Seven with the help of some Marvel heroes. Now they must travel to the Marvel Universe and try to control zero point again.

The five-part Fortnite X Marvel: Zero War comic series will launch on June 8. Fortnite players may want to purchase this series as game codes will be included in the books. These redeemable codes will reward players with exclusive Zero War items in Fortnite.

This wouldn’t be the first time Fortnite has made an appearance in a comic book series. In April 2021, DC and Epic Games made a collaborative effort to produce Batman/Fortnite: Zero Point. The story revolves around Bruce Wayne ending up on Fortnite’s battle royale island and trying to escape the loop.

The main difference between Fortnite’s comic book crossovers with Marvel and DC is that Fortnite never goes to the DCU. This is why Fortnite X Marvel: Zero War has a very interesting plot. This makes us curious how The Seven would fare with Marvel superheroes.

Another interesting take on these collaborations is the possibility of Marvel and DC actually co-existing in one universe. Fortnite has ties to the MU and DCU and is very active in traversing each universe. That being said, somehow because of Fortnite, the two comic book giants are now connected to each other. Marvel and DC have never crossed paths in their respective comic book series. However, since Fortnite has a connection to both, it’s possible that both universes exist in a single timeline. Also, technically, the two universes have already crossed each other in Fortnite’s Battle Royale island. Who knows? Epic Games might end up pulling some strings to make this fanboy fantasy a reality.

Marvel and Fortnite have been working on collaborations with each for some time now. Their first collaboration dates back to 2019 during Fortnite Chapter 1 Season 8, when Epic released the OG Black Widow skin. Then we saw an appearance of some Fortnite gameplay in Avengers: Endgame in a scene where Banner was trying to recruit Thor. This time around will be Marvel’s first major collaboration with Fortnite in their universe. Hopefully the comic storyline doesn’t disappoint. Fortnite X Marvel: Zero War will start on June 8. 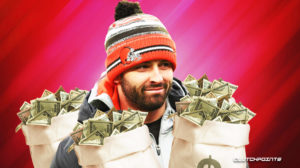