New York City Public Schools has come under fire for introducing a children’s book featuring a “queer” main character who salutes AOC and his team, while mocking Mitch McConnell.

A book entitled: What You Don’t Know: A Story of Liberated Childhood has reportedly been distributed to school libraries in New York New York Post.

The picture book is aimed at children aged 10 and 11 and is said to be labeled as part of the Universal Mosaic freelance reading scheme, which the Department for Education is due to launch next year.

The book was written and illustrated by Brooklynite Anastasia Higginbotham and focuses on a black “gay sixth grader” named Demetrius, who hasn’t come out yet, but is learning to love himself and navigate between school, the house and the church.

Demetrius can be seen in the book feeling comfortable and “safe” around his swearing mother, but in danger at church.

A mother from Staten Island called it a “horrendous book” that is anti-Catholic and mixes church and state.

She and another mother said the principal of PS 3 at Pleasant Plains refused to distribute it to students. The school also reportedly scoured other books to determine if they were appropriate for students.

One of the pivotal scenes in the book takes place in church, where the main character, Demetrius, feels “ashamed” in church for being gay. After his soul leaves his body, he has a conversation with Jesus, where he asks him if he’s going to ‘punish’ people who hate the LGBT+ community and whether or not Billy Porter and Mitch McConnell deserve love . 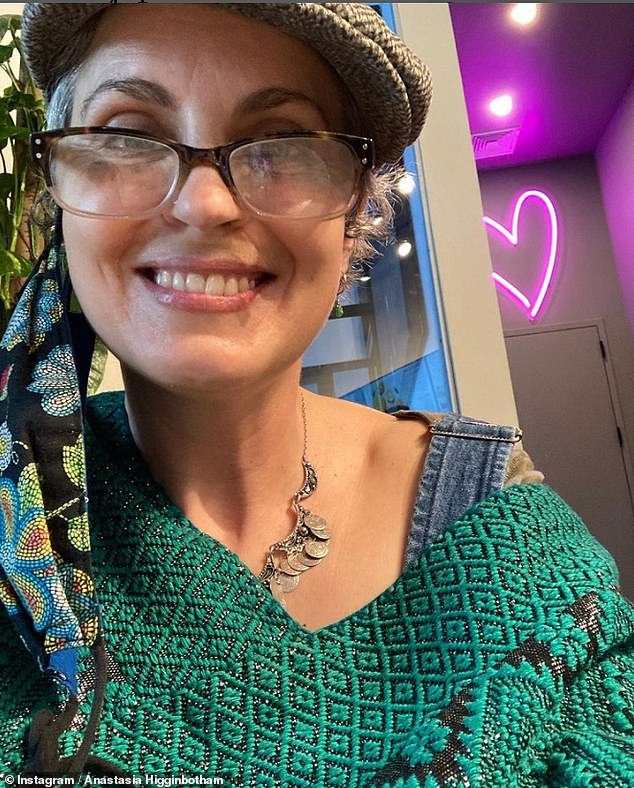 Anastasia Higginbotham, from Brooklyn, has written and illustrated a book about a ‘gay sixth grader’ who learns to love himself and navigate between school, home and church

One of the highlights of the book is when Demetrius and his mother go to church and he has a waking conversation with Jesus.

As he and his mother sit in the pew, he says, “Churches can preach all they want about love – the only thing I feel when I’m here is shame.”

As the boy’s soul leaves his body, he encounters Jesus, where he asks the holy figure if he “knows what is going on there?” What if it hurts you if I don’t believe in you?

The understanding Jesus responds, ‘It is my job to believe in you and I do.’

Later in the fictional conversation, the little boy, who comes from a divided family, asks Jesus, “Are you going to punish the people of Earth who hate me and blame you for it?”

Jesus replies that he would not, but that ‘everyone is invited to love and be loved’.

As they continue to fly down what appears to be a red carpet, a Billy Porter lookalike appears wearing a black robe, to which Demetrius wonders if he should be liked.

Jesus replies: “Especially him! I love the dress, Billy!’

Next up is a Mitch McConnell lookalike, where Demetrius asked, “Even…?”

While reading about the book online, Higginbotham confirmed it was the politician.

It’s Mitch McConnell. And the child wants to know if even Mitch McConnell is invited to love and be loved considering all the harm he is causing,” she said.

The narrator goes on to say, according to the New York Post, “We’re going to rewrite the rules by which we live and love the world in balance,” suggesting that the AOC team is the way of the future.

Parents are also concerned about a few other books that reported making the Universal Mosaic program, which was introduced by former Mayor Bill de Blasio. Among the titles is a book called The Bell Rang, which is recommended for kindergartens and deals with slavery. Another title, I’m Not A Girl, is about a transgender child and is recommended for first graders. A preschool book called Our Skin would blame white people for racism.

However, the Department of Education told the New York Post that What You Don’t Know and Our Skin were not on the list, although parents said they were marked as such in libraries.

An island state councilor, Joseph Borelli, said the books were a “bad parting gift from the previous administration”. 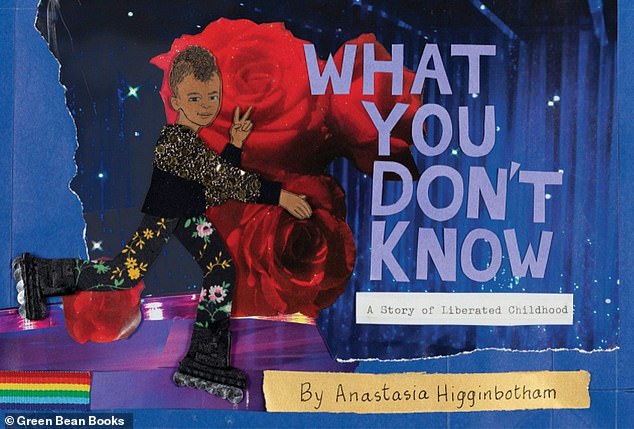 The book, titled: What You Don’t Know: A Liberated Childhood Story, is said to be part of the Universal Mosaic collection that former Mayor Bill de Blasio has started and is expected to roll out to schools next year. Parents claim the book was tagged as part of the collection, but the Department for Education says otherwise 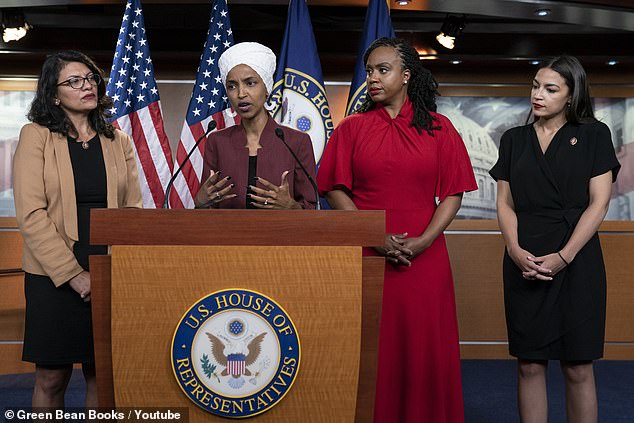 “Fortunately, most of my managers used them as clipboards. There’s no point in trying to offend parents and confuse students,” Borelli said.

Bion Bartning, the founder of the Foundation Against Intolerance and Racism – based in New York – said the books were “well-intentioned”, but “bringing political and ideological material into the classroom can undermine trust between families and schools.

“Being inclusive starts with listening to diverse perspectives and accepting the culture, values ​​and core beliefs of all families who are part of the school community,” he said.