CHILLING cartoons depict the bleak future of our polluted oceans as seen by children.

Schoolchildren were asked to draw pictures of what they thought the world’s oceans would look like by the year 2070.

The heartbreaking images, through the eyes of a child, are enough to stop you dead.

The youngsters filled the images with plastic and trash, as well as sea creatures that unfortunately consume the trash people throw in them.

The eerie images come after research showed that of 1,091 children aged 7-11, six in 10 are “worried” about the future of the ocean.

And, studies show that 58% of children in this age group want to do more to protect the planet. 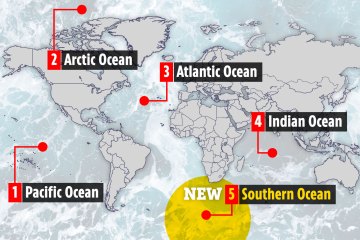 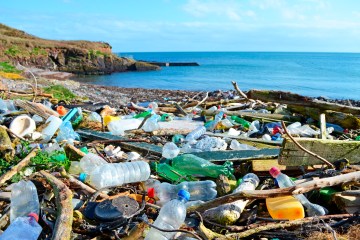 Two-thirds (62%) of those who worry about the ocean also fear that fish will die if we do nothing to save our seas.

The other main concerns shared by children are that 51% are afraid that the oceans will flood us, while 46% think they won’t be able to see a certain species before they die.

Surprisingly, 59% of children are worried about plastic pollution affecting whales.

The research, commissioned by BRITA in conjunction with Whale and Dolphin Conservation (WDC), comes as McFly’s Dougie Poynter prepares to launch his latest children’s book, The Whale Watchers.

Dougie’s goal is to educate children about the importance of whales in the ecosystem.

But more importantly, her book is meant to show how everyone can take small steps to help our system – for example by reducing our use of single-use plastics.

As highlighted in his book, Dougie explains how participating in beach cleanups and reusing plastic items are among the ways children can save whales from plastic pollution.

Speaking about his book and the main character, the children’s musician and author said, “It’s great to see so many kids wanting to be like Finn, who is a character I really relate to. Finn is pretty depressed about the plastic pollution problem, which I do too and need a little attention every once in a while like him. But it’s the little stories of triumph and helping guide change that really restore my faith.

“I wrote this book because I really wanted to create a fictional story with facts that the reader could absorb, learn and carry on for the rest of their life, because that’s how I discovered the natural environment when I was growing up, and I hope this story will inspire future changemakers on this earth.

The survey also revealed that those who care about the ocean believe it will take an average of 26 years before it is too late to save the sea from permanent damage.

With a half-frustrated feeling of not being able to do more to help the planet.

Rebecca Widdowson, spokesperson for BRITA UK, added: “We’re really passionate about reducing single-use plastics and supporting a more sustainable culture of reuse, so it’s encouraging to see so many children learning about climate change at school.

“We want to continue to inspire children in meaningful and engaging ways and to raise funds for our longtime charity partner WDC and support them in their vital work to protect the oceans for generations to come.”

It comes after studies revealed that 95% of the plastic waste carried into our oceans by rivers comes from just ten rivers.

Eight of these rivers are in Asia, the other two – the Nile and the Niger – in Africa.