Before Laura Kinney was (one of) Marvel Universe’s Wolverine, she was X-23, its deadliest assassin. In March, writer Erica Schultz and artist Edgar Salazar will return to when the character was at a crossroads during his journey as X-Man in X.-23: Mortal Regenesis.

Announced earlier this month at New York Comic Con, the five-issue limited series will add surprising depth to X-23’s incredible transformation into the hero she is today. Set during the X-Men’s Utopia era, the story will find X-23 targeted for revenge by an iconic Marvel Comics supervillain and an all-new enemy with a personal vendetta against Laura that’s so extreme they could end up becoming his new sworn enemy. .

Laura Kinney, aka X-23, was cloned from Logan and trained by the establishment to become a deadly assassin. Even if she tries to put this life behind her, forces will try to push her back – and she will fight them tooth and claw!

Plagued by new enemies – as well as old favorites – this series follows X-23 during her days as a member of the X-Men and X-Force when she wandered away from the island of Utopia to find where it really belongs.

“I’ve been a fan of X-23 since he first appeared in X-Men: Evolution twenty years ago,” reveals Schultz. “The fact that I can play in the X-Men sandbox is its own reward, but having the opportunity to explore a character as complex and nuanced as Laura is a dream.”

“Edgar Salazar, Mark Basso and Drew Baumgartner have been fantastic to work with, and I really hope fans enjoy this version of her.”

Salazar adds, “Working on X-23: Deadly Regensis has been a fun adventure! There’s a lot of action, but I also enjoyed digging into Laura Kinney’s personality and seeing what makes her who she is. J “I enjoyed teaming up with Erica Schultz. She really knows how to make a great story, with smart ideas delivered in every script in a clear way, which is great for me as an artist.”

You can check out Kalman Andrasofszky’s main cover below along with a variation from one of X-23’s most definitive artists, Mike Choi. The first issue will be out next March, so we’ll no doubt have more details to share with you soon. 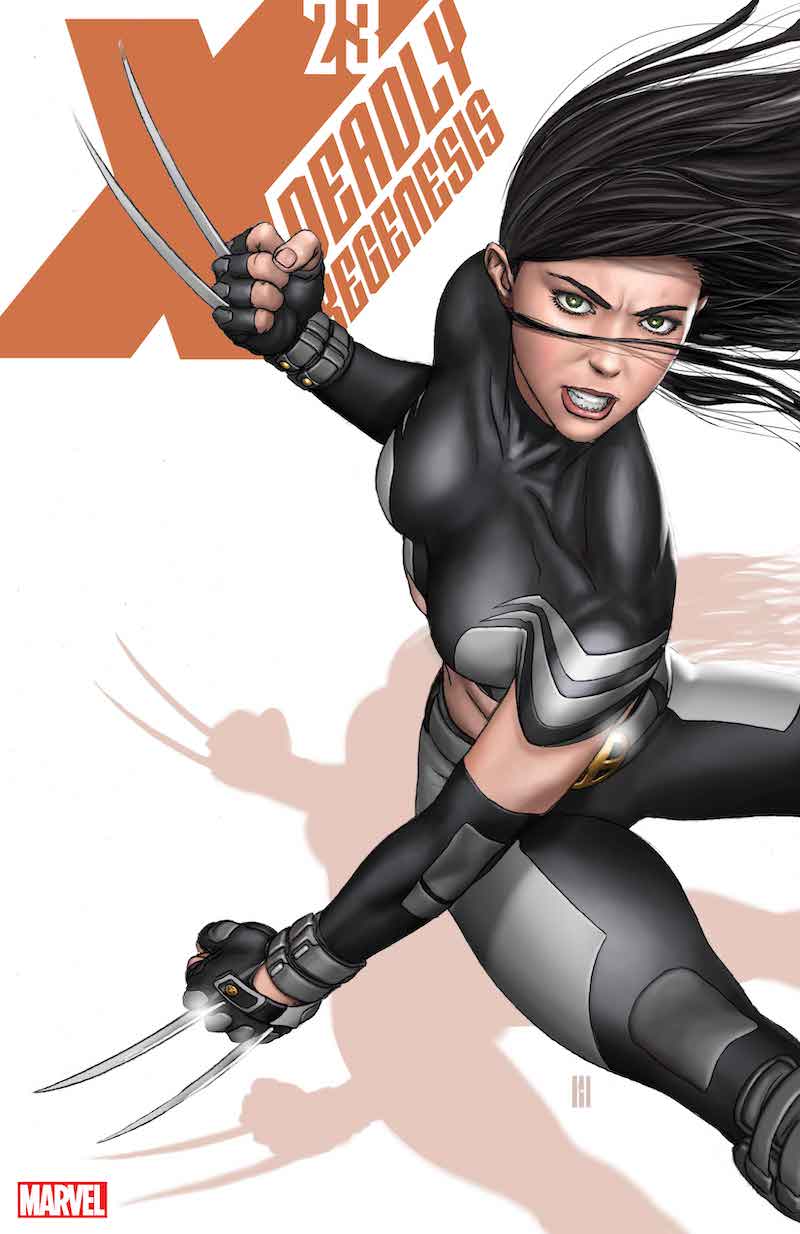