The authors of five Filipino-language books that went out of print or were pulled from shelves for being ‘subversive’ by the Komisyon ng Wikang Filipino (KWF) have vowed not to cower in silence, as outrage was rising in the literary community over the commission’s directive. .

Rommel Rodriguez, author of “Kalatas: Mga Kuwentong Bayan at Kuwentong Buhay”, one of the discontinued titles, said the KWF decision only encouraged him to write stories about the Filipino people.

“Censorship is my muse,” he told the Inquirer on Friday, adding, “The more an artist or writer is prevented from writing, the more enthusiastic we become and the more we want to write.”

Rodriguez, a professor in the Department of Filipino and Filipino Literature at the University of the Philippines Diliman, said he felt “very challenged” by KWF’s actions but also “frightened [for] my safety and my safety because of the red marking”, his writings being related to the communist insurrection.

He acknowledged that his book, a social-realistic anthology of flash fiction, contained political themes. “I have used the word ‘revolution’ in my work. But I didn’t tell my readers to take up arms and fight the government,” Rodriguez said.

Don Pagusara, another writer whose work, “May Hadlang ang Umaga”, was abandoned by the KWF, said in a statement published by the group of artists Tanggol Wika that the parts of the book considered subversive by the KWF weren’t even meant to be historical. accounts. “It was fictional but based on real events that happened inside the YRC,” he said, referring to the Youth Rehabilitation Center, a former maximum-security prison in Fort Bonifacio in Taguig. City.

“May Hadlang ang Umaga” is a play about life in the facility, where many political dissidents were incarcerated during the brutal dictatorship of President Marcos’ late father and namesake. 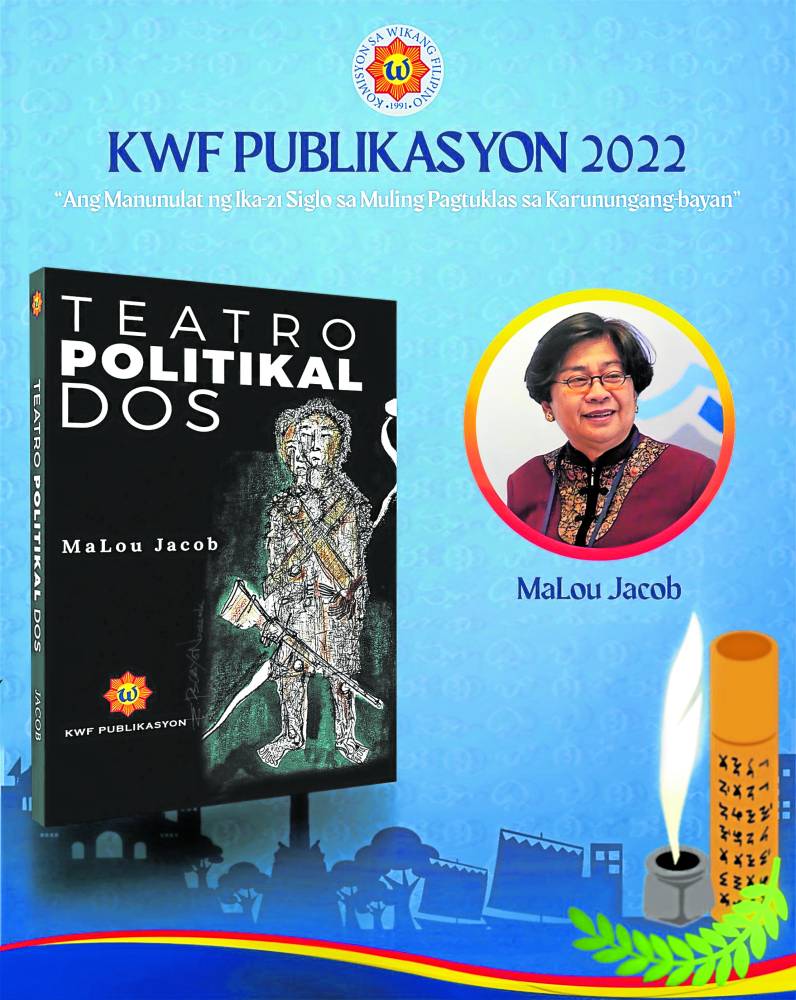 In a joint statement on Friday, the five authors demanded that KWF commissioners, as well as hosts of the pro-government media network SMNI who called their works subversive, drop their claims.

“What is this disguise? Their claims are defamatory and would put our lives in grave danger,” they said.

In a Facebook post on Friday, National Artist of Literature Virgilio Almario, former KWF president, called on the commissioners not to involve the arts in their dispute.

“The vigor of the national language and literary freedom are among the sacred aspirations of the nation. Leave them out of the power struggle within the KWF and its rotten bureaucracy,” he said in Filipino.

On Friday, Arthur Casanova, the beleaguered KWF president, defended the five books, saying they had all passed the commission’s review process.

He said the works even “received imprimatur” from the other two curators, Carmelita Abdurahman and Benjamin Mendillo Jr.

Abdurahman and Mendillo, however, were the two signatories to the August 9 memorandum ordering the KWF Sentro ng Wika at Kultura (SWK) unit to cease printing “political, subversive and creative literary works with subliminal ideologies that encourage fight the government.”

In a statement, Casanova, a renowned author, educator, linguist and theater director, said the claim that the books were subversive “is a dangerous accusation that can already cross the boundaries of freedom of expression and academic freedom”.

All SWK administrators were asked to refrain from distributing the books so that “we are not liable” for Republic Act No. 11479 or the Anti-Terrorism Act of 2020, specifically Section 9 on “incitement to commit acts of terrorism”.

According to a source, the writers and their works have been caught up in an internal dispute at KWF, as some of the commissioners are moving to oust Casanova, whose term as president ends in 2027.

Speaking on the ANC on Friday, Mendillo insisted that the KWF “respects, encourages and protects the constitutional right to freedom of expression of every Filipino” but “must abide by laws, rules and regulations.”

“As a government agency under the Office of the President (OP), the commission should only fulfill its mandate under RA 7104 and always respect the law and duly constituted authorities,” he said. . The commissioner blamed Casanova, saying the titles’ publishing contracts had not been authorized by KWF’s board and “were the sole and unilateral acts of the president and void ab initio.”

It was the same assertion in an August 10 resolution of the KWF board of directors condemning the publication of “dangerous” documents.

Casanova, however, denied publishing the books by Rail, calling the allegation “false and baseless”.

“This is just the latest in a series of actions directed at me to destroy my character and disrupt efforts to strengthen and clean up the KWF,” he said.

“It’s not right. Filipinos should have access to different kinds of ideas, including those of Karl Marx,” he told the Inquirer.

Kabataan’s representative, Raoul Manuel, said the KWF order only proved the “deterrent effect” of the anti-terrorism law, which the Supreme Court had affirmed to be constitutional except for two provisions.

Project Gunita, a group that archives documents on the Marcos dictatorship, said only cowards and liars are afraid of the truth.

Josiah David Quising, one of the group’s co-founders, said telling the historical truth about the Marcos regime “will never be subversive”.

News handpicked by our editors