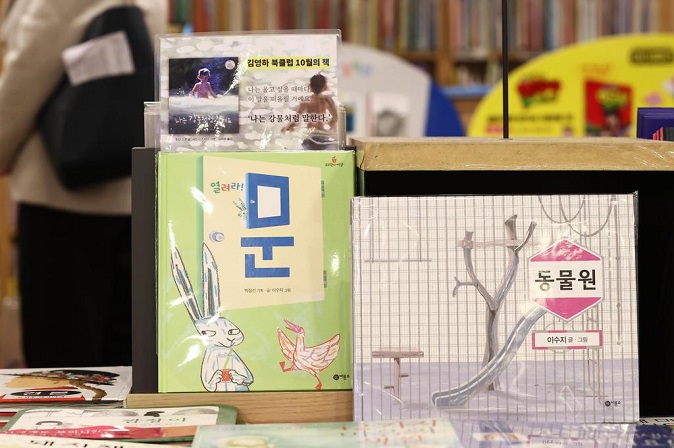 She is the only Korean to have won an award or been nominated at the HCAA.

She is the first South Korean author to win the award, created by the Swedish government in 2002 to honor Swedish children’s author Astrid Lindgren, who wrote “Pippi Longstocking” (1945).

The Korean Publishing Industry Promotion Agency showed that 2,142 publishing licenses were exported in 2020, of which 54.1% were for children’s books.

The global success of Korean children’s books is attributed to their unique aesthetic and inclusive tone that embraces cultural diversity.

Picture books, in particular, have reduced language barriers and are easily accessible to readers around the world who can understand the story through illustrations.

“Writers who are familiar with the cultures of the East and West continue their experiments,” said Kim Ji-eun, a literary critic.

“Picture books lead the story through illustrations, and writers are constantly searching for a unique style of depiction. The stories are also very inclusive, which has led to the global success of Korean children’s books. .